Many women and men find their jobs/careers through networks / family.

I focus most of my research on North American ancestors. DNA has not revealed any DNA links to the Western Hemisphere, so I conclude (for now) all ancestors for both myself and my husband immigrated.
Of course, most of the early immigrants to the new world, (on both sides of the family) farmers. The 1910 photo here is a family farm in SE PA, north of Gettysburg. 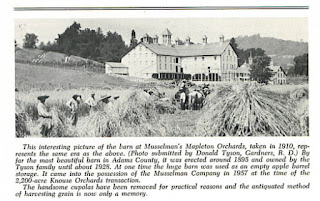 5 - Multiple Jobs: Photographer-Horticulturalist-Manager =  My ancestor Charles J Tyson set up shop as an early photographer along with his brother Edwin (Tyson Brothers), in Gettysburg, PA. Coincidentally, right before the Battle of Gettysburg. They evacuated town, but returned, and along with their trusted young assistant (Tipton) took many photos of the town. They also did portraits, apparently. They were happy to find their photography studio was largely undamaged. Here are two photos the Tyson Bros took, one during the Union army's stay, the other during the Gettysburg Address (in November of the same year), Lincoln was under the "Witness Tree." 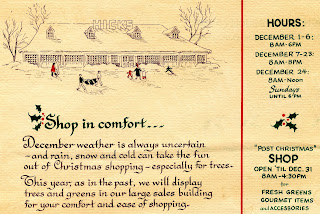 Posted by PastRemains at 19 March