The Tiltons emigrate to America

The Tilton family emigrated first to Massachusetts, like so many of the time. But, in their case, the father and two grown sons immigrate independently of each other.

Gen 3 in America
John’s second son, Peter Tilton (B. 1642 in Lynn, MA) lived in but didn’t stay in NY. Peter moved to New Jersey settle and died there in 1699 in Monmouth County, NJ.

It was Peter who started this line of Tiltons in New Jersey. 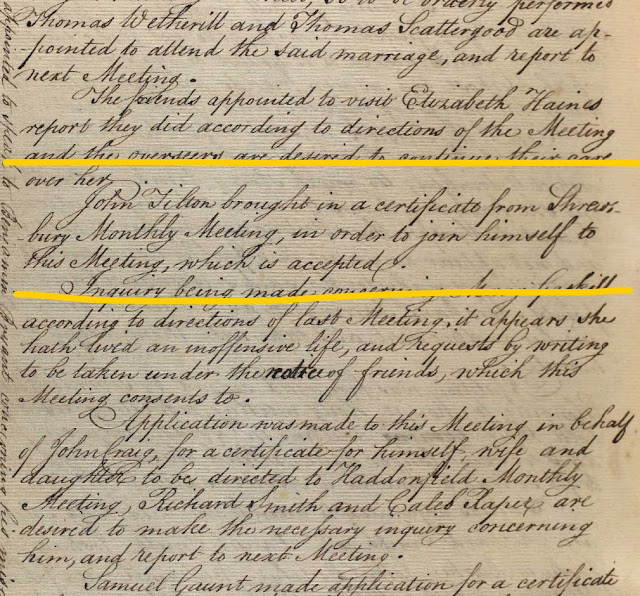 From Peter Tilton (1642-1699) to Generation 8--William Henry Tilton--all the Tiltons were born in New Jersey. Garret J Tilton (Gen 7) was the final Tilton of this line who was born and died in New Jersey. He was born in Monmouth County NJ in 1783, and died there in 1850. Breaking up with New Jersey
It took William Henry Tilton (Gen 8) to make the break. He and his wife and children moved all the way to Brooklyn, NY in the mid-1800s.

The Tiltons enter the Industrial Age
You will need to read the next post #11 on Henry Addison Tilton (Gen 9 of the Tiltons in America) to find out what they did next.
Posted by PastRemains at 14 March