Research doesn't always yield what you think you might find--and that is one of its pleasures. Family lore: love it, hate it, or somewhere in the middle? I usually like it, it helps me to connect the “whys” and find a trail gone cold. However, when it comes to my father’s grandmother, I lean towards hating it. I’m not saying she lied—but you know what the Irish say about a good story…
She was from County Sligo, Ireland, her name was Catherine Higgins AKA“Kate” (her daughter-in-law was also Catherine).

The doctor who delivered my grandfather put down her name as “Bridget” (as Irish ladies were often called in America at that time, a generic first name). Lore has it her husband was a driver who was killed in an accident when my grandfather was very young. Documentation contradicts this. Her naturalization petition has proved to be most consistent with the truth (more later). She had to get her neighbors to swear that she was telling the truth—and by then she’d been in America for decades.

She was born in County Sligo, when it was still pretty rural and spoke Gaelic, she had several (seven, if memory serves) brothers. She outlived them all, and inherited the family farm. She didn’t deem it worthy to give up what little she had in America to return to the auldcountry.

She was dark-haired and had brown hair. In March 1934 when she was a middle-aged widow, she was 5’6” and 200 pounds. According to my father who ate at her house after school now and then, not a particularly good cook (but which never stopped his brother Joe). 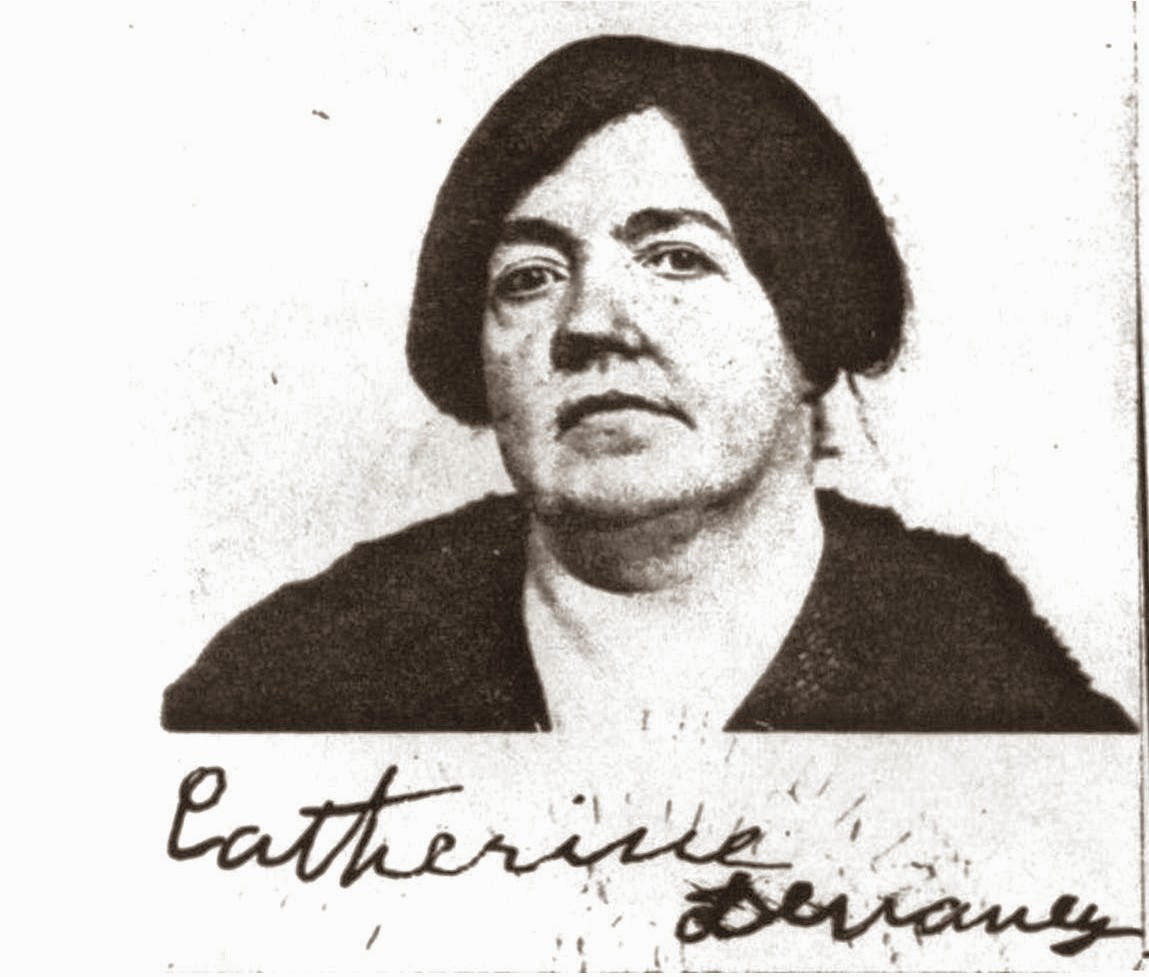 I don’t believe she was ever married my great grandfather. It's my guess is that the father of my grandfather was someone she knew.  She lived like many immigrants of the time—in close quarters on what she could earn as an unskilled laborer. Ethnic groups mingled with each other mostly—even if they were joined by a like religion (as Irish and Italians were). Kate described was dark-haired, while her son Jack (Victor) was red-haired and freckled all over.

Kate had Jack in the Maternity Hospital of New York Mothers' Home of the Sisters of Misericorde which was at 531 East 86th Street, New York, NY—a charitable hospital for unwed mothers. You could say she was a widow, that’s why she had her baby there—but her son’s birth certificate says UNKNOWN where the father’s name would be. That is telling-and other support is in a 1927 document. Victor (AKA Jack)'s birth certificate:

Why she named him doesn't matter--he only ever called himself Jack and so did everyone else. So, he was born in 1905. Now back to Kate:
The census of 1910 puts her in Ward 9, Manhattan, NY at 28 years old, with a child not quite 5 years old and no husband. She had to work and to care for her son, she had no close relatives.
I have to supplement this with information from Jack’s life: the 1915 census has Jack at age 9 ½  living as a boarder quite possibly because Kate worked and she could bunk where she worked—but couldn’t keep him with her. Being a boarder doesn’t mean he had his own room, possibly a bed (or shared bed). It may sound irresponsible, but she likely had an arrangement with friends she could trust—and the arrangement worked out for both parties.

How long he was boarding I can’t say. Less than 3 years later, when she was 35 ½, Kate married Patrick Devaney in Feb 1918 and all three of them had a proper place to live.

Two years later (the 1920 census) has them living at 305 West 147 St, NY, NY: Patrick (& Catherine, now 38 years old) Devaney’s stepson Jack is listed as living there with them as well as sons Joseph and Tom. (Slightly confusing because Jack also has a parallel life at 84 West 147th St, NY —but that’s the census!).

Her husband Patrick was naturalized two years after this in 1922 (He was Irish, too). Four years later when he was 42 years old he died -- it was 1926. She had been married for 8 years and she's back to being alone with children to care for. By then, Jack was living on his own but Joe and Tom were still young.

Kate was not in the best of health, being diabetic (a common ailment in the Higgins family). As an immigrant she was still not entitled to state support, and what means she lived on, I’m not sure. Having determined to remain in America, she made an Application for Naturalization in 1927 (she was 44).

However, the process was slowed down for some reason. It was 6 years later in 1933, that her petition is properly put up. The most detailed information comes from the application for this. In her petition for naturalization Catherine identifies her son Victor (Jack, my grandfather) as illegitimate.

At the time she applied she lived at 1887 Amsterdam Ave, New York, NY. My grandfather married in this time between 1927-1928 (?) and their first child dies soon after she’s born. But my father is born in 1929, he and his parents live on Amsterdam Avenue in Harlem, as well. Quite possibly with all together?
The final time Kate appears in a census in New York City is 1930 when she was 48.

By the April 1940 census (at 57), she is now a US citizen living in Neversink in Sullivan County, New York.
During the 1930’s my grandfather Jack (Victor) was working for the NYS Dept. of Corrections (prison). When they built a prison in Sullivan County, he worked there. He persuaded his mother along with his half-brothers, Joseph and Tom Devaney (Patrick was dead) to move “upstate.”

For a short time they all—the Higgins family and Devaneys lived in one house till the Devaneys found a place to live. Kate eventually was able to draw a small sum of state support.

Kate was buried in Hillside Cemetery in Liberty, NY. My memories are few and far between—I was young, we had to go see her. When I did see her it was in Woodbourne, NY  (though I may have a vague recollection of a stop-in in Liberty on the hill). I can recall her Irish brogue—and that she seemed to be a big woman.

Yes, Virginia, there is a good reason to have a family tree AND do a DNA test. In 2015, my father (eldest grandson of Kate Higgins), had his DNA done (as did I).

That same year, a 1st cousin, 1 generation removed contacted us about being related. We now know my grandfather's father. As it turns out, my father's and my paternal grandfather's name, would be "Cassidy" and not "Higgins" had Kate wed the father!

And, we know he was also an immigrant from Ireland.