BEING THANKFUL...Command or Description?
My husband's 4th great grandmother was someone to be thankful for: her name was "Thankful."
THANKFUL PRATT

Thankfull Pratt was born on 6 Oct 1761 in Shrewsbury, Massachusetts.

Her father was Elnathan Pratt and was close to 40 when she was born. Her mother Abigail Mixer was 31. Her parents were lifelong Shrewsbury, Massachusetts residents. She appears in her father's will as Thankful Parker.

Thankful married Caleb Parker on May 29, 1781 at 20. Caleb Parker was the son of Stephen Parker (originally of Newton, MA) and Abigail Wright (of Woburn, MA), who, at some point ended moving to Brattleboro, Vermont, probably before 1760.

Thankful (Pratt) and Caleb Parker had three children who survived to adulthood (as far as I could tell).

She gave her daughter Dorothy "Thankful" as a middle name.

Thankful and Caleb and their family moved to the Eastern Townships of Quebec, Canada some time after 1800.

They had nine children in 17 years and one of them was my husband's 2nd great grandfather, Joseph Ward Kendall.

Dorothy Thankful (Parker) Kendall died on 30 Jul 1870 in Lawrenceville, Quebec Canada at 70  years old and is buried there. 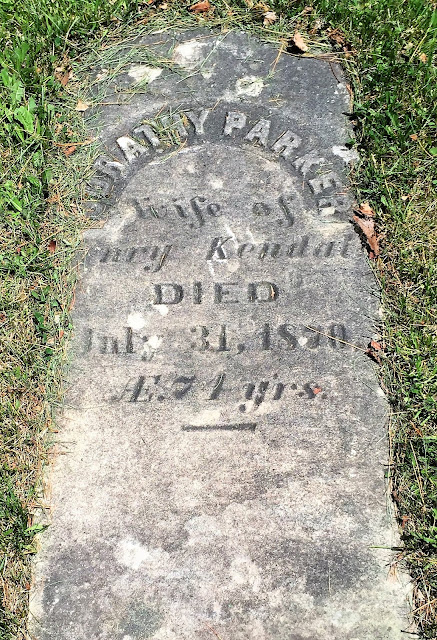 Posted by PastRemains at 27 November